​The gritty and sometimes comical story of a strung-out street musician who aspires to be the Jimi Hendrix of the 5-String Banjo and find a girlfriend for the Christmas Holidays.

Novel:
Winifred
For Rayleigh Stern life has become intolerable. Devastated by the loss of his wife Rachel to cancer, he is alienated and at the end of his rope until he meets a most unexpected gift from out of his dark past.

​​What happens to an Ivy League grad who’s slated to go to work for his father as a Washington mining lobbyist, only to find his life’s values chipped away by an unrequited love and a growing fascination with spirituality and the environment? Before returning home to greet his father on his deathbed, Jeffrey Woodward hopes to face gnawing fears and figure out what matters in his life by traveling to the Yukon Territory of 1982 with only a backpack, guitar and his thumb. What he discovers on his journey will turn his life upside down and cause him to desperately seek new possibilities in the world.

A Long Time Gone is funny, sweet and often tense as Jeffrey’s journey to the Klondike leads him to a First Nation reservation, a gold mine and a succession of wonderful and scary characters who escort him into an alien world. The novel is fully relevant today, addressing everything from racism and the continuing deep divide on environmental issues to the ageless push and pull between parents’ wishes for their children and adult children’s need to find their own path. 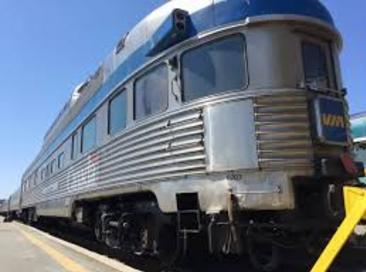 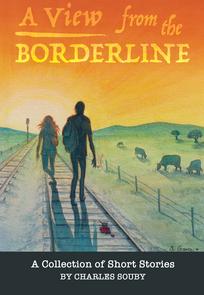 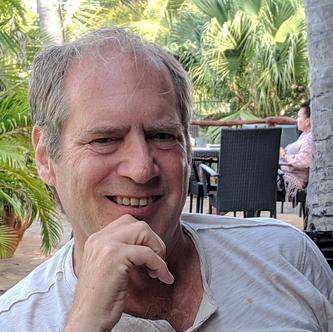 ​Anthology:
A View from the Borderline
​ A View from the Borderline is a collection of short stories by Charles Souby that runs the gamut from dark and gritty satire to sweet and serious love. They include a man plotting to poison a park full of pigeons to frame a bothersome old lady; a high school delinquent who falls for a dispossessed girl about to be shipped off to an asylum and an LA police detective who encounters a rave promoters’ diabolical plot to abduct young mindless teenagers for unthinkable purposes. 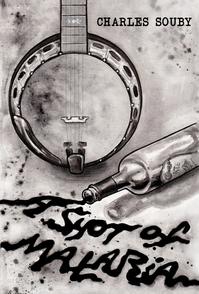 Charles Souby is an author based in Kapaa, Hawaii. He has published two novels, WINIFRED and A SHOT OF MALARIA and has had short stories published in The Saturday Evening Post Online, eFiction Magazine, and The Opening Line. His poetry can be found in 5 Poetry Magazine, Bohemian Magazine and the California Quarterly Review.

He just released his first collection of short stories,  A VIEW FROM THE BORDERLINE (ISBN 9780578591698)  on February 5, 2020. It is be available on Amazon (paperback and Kindle) and in bookstores across the United States.  He has also completed a third novel, A LONG TIME GONE (pending release) and is finishing a second anthology of short stories, ARCHIPELAGOS.

While his stories are fictional, they draw from a wide spectrum of personal experience from Chicago to San Francisco to the Alaska/Canadian border.

Keep checking in with this site for information on readings, publications and interviews.

"A powerful, empathetic study of place and character with great depth." (Kirkus Reviews)

​In A SHOT OF MALARIA, Charles Souby unfolds the twisted story of a young man, Daniel Martin desperately hooked on heroin, alcohol, and his own delusions. Set in San Francisco in the nineties, and written as deadpan first-person narrative, the novel captures the ugly realities of addiction, with sharp, ironic humor.

​​​​​A View From the Borderline

In A View from the Borderline: A Collection of Stories, acclaimed author Charles Souby affirms his gift for dark humor, and insight into troubled and twisted human minds. Set in Hollywood, Chicago, and nameless Midwestern small towns between the 1970s and the present, the 20 stories introduce an eclectic cast of characters who range from quirky to deranged.

Misguided, wild, lost, and warped to varying degrees, the “borderline” men and women include:

Charles Souby draws his fictional characters and situations from a wide range of personal experiences.

At turns hilarious, touching, and chilling, A View from the Borderline brings eccentric, damaged, and unhinged characters brilliantly to life.